How To Use This Safe Link Converter On Your Blog

Casafelink V4 is a premium Safelink with Bootstrap. It can be yours right now, simply order the template on contact form

Applications are invited in the prescribed format from eligible candidates for recruitment to 2 (Two) posts in Group ‘C’ categories to be recruited in Pay Band-1 ` 5200-20200/- in Grade Pay ` 1900/- against Cultural Quota on South East Central Railway in the following disciplines for the year 2016-17:

1. DETAILS OF POST(S) AND DISCIPLINES:

12th (+2 stage) or its equivalent examination with not less than 50% marks in the aggregate.

[50% marks are not to be insisted upon in case of ST/SC/Ex- Serviceman and where candidate possess qualifications higher than HSC such as Graduation/Post Graduation.]

Act Apprenticeship/ITI. No other qualification including Diploma in Engineering will be accepted as an alternative.

Note: (i) Specific category and place of posting will be decided by the South East Central Railway Administration at the time of offering appointment to the selected candidate.

(iii) Candidates belonging to SC/ST communities should produce a Community Certificate issued by the Competent Authority as per format at Annexure ‘D’.

(iv) Candidates belonging to OBC community should produce a community certificate issued by the Competent Authority in the format given in Annexure-E of this Notification. In addition the OBC candidates should enclose self-declaration of non-creamy layer status in the proforma given in Annexure-F.

OBC candidates not submitting OBC Caste Certificate in requisite format of RRC and not submitting self declaration of Non-Creamy status of OBC will be considered as UR subject to fulfilling other conditions of UR category.

(v) Serving employee and Staff of Quasi administrative offices of Railway Organizations: “No Objection Certificate” and “Bonafide Certificate” giving the length of regular service etc. from the employer should be attached.

(vii) Widow: Death certificate of her husband together with an Affidavit to the affect that she has not remarried since, should be enclosed.

(ix) Persons with Disability: Disability Certificate issued by Medical Board of appropriate Government should be enclosed.

(i) Experience in the field and performances given in AIR/Doordarshan etc. (ii) Prizes won at National level.

I. The selection process consists of the following for the candidates who apply in response to this notification and are found eligible.

[Note: Only those candidates who secure qualifying marks (40% for UR, 30% for OBC/SC and 25% for ST Catg. candidates) in the written test will be called for Assessment of Talent in the relevant field. Panel will be prepared in order of merit according to marks obtained out of 100.]

II. Candidates recommended for appointment will have to pass the requisite Medical Examination prescribed for the posts to be identified by South East Central Railway administration.

(iii) All the copies of the certificates in support of Age, Caste, Educational Qualification and Cultural

Qualification i.e. Degree/Diploma/Certificate in the relevant disciplines viz. Folk Dance and Drama duly self attested should be enclosed along with the application form.

(i) For all candidates except those mentioned in sub para (ii) below :` 500/- (Rupees Five Hundred only)

{Muslim, Christians, Sikhs, Buddhists and Zoroastrians (Parsis)}, Persons With Disabilities, and those belonging to economically backward classes : ` 250/- (Two Hundred Fifty Only) refundable to those who actually appear in the written examination.

The fee is Payable through Challan on State Banks of India , Main Branch, Bilaspur

Account No. 33344526197 through any Branch of State Bank of India [FORMAT OF CHALLAN IS AVAILABLE AT ANNEX. (H) OF THIS NOTIFICATION.)

1. District Magistrate or any other Revenue Officer up to the level of Tahsildar.

2. Sitting Member of Parliament of Lok Sabha for persons of their own constituency.

3. Union Minister may also recommend for any persons from anywhere in the country.

4. Sitting Members of Parliament of Rajya Sabha for persons of the district in which these MPs normally reside.

Note: BPL Card or any other certificate issued by Central Government under a recognized poverty alleviation programme or Izzat MST issued by Railways will also be valid.

The certificate for refund of fee in respect of candidates belonging to economically backward classes who actually appear in the written examination is required to be issued on the letter head of the issuing authority as per the format enclosed as Annexure ‘C’.

(v) Serving employees should submit their applications through proper channel as per extant rules. (vi) More than one application from one candidate for same discipline will not be accepted and all such applications will be summarily rejected.

Application should be addressed to and sent by ordinary post to the Assistant Personnel Officer (Recruitment) , Railway Recruitment Cell (RRC), South East Central Railway, R.T.S. Colony, Near Kendriya Vidyalaya, Bilaspur (Chhattisgarh)- 495004 or should be dropped in the box provided at Railway Recruitment Cell(RRC), Office, R.T.S colony, Near Kendriya Vidyalaya, Bilaspur, before closing date (up to 18.00 Hrs. of 29.08.2016 ). The envelope containing application should be super-scribed on the top: “Employment Notice No. P-HQ/RRC/761/2016-17 Recruitment against Cultural Quota over South East Central Railway”. Application received after 18.00 hrs of 29.08.2016 . shall not be entertained.

9. Enclosures: Candidates should enclose the following documents along with original application:

(i) Xerox copies of all educational containing Date of Birth proof and cultural qualifications duly self attested.

(iii) Income Certificate as per format at Annexure ‘C’ for economically backward candidates who claim to refund of fees.

(iv) Candidates belonging to Schedule Castes and Schedule Tribes should submit the caste certificate as per format at Annexure ‘D’.

(v) Candidates who belong to OBC Category should submit OBC Caste Certificate in the format as at Annexure ‘E’.

(vi) OBC candidates should submit Self Declaration of Non-Creamy Status in the format as at Annexure ‘F’.

(viii) ‘No objection Certificate’ from Competent Authority for the serving employees.

(ix) Disability Certificate for PH candidates issued by a Medical Board duly constituted by Central or State Government consisting of at least three members out of which at least one member shall be specialist in the particular field for assessing Locomotor/Cerebral/Visual/Hearing Disability, as the case may be.

(x) Original copy of Challan for payment of fees as at Annexure ‘H’.

[CASTE CERTIFICATE IN ANY OTHER FORMAT WILL NOT BE ACCEPTED AND THE APPLICATION FORMS WITH CASTE CERTIFICATES IN FORMATS OTHER THAN THE PRESCRIBED FORMATS WILL BE REJECTED.]

10. GENERAL CONDITIONS: The decision of Recruitment Cell in connection with selection will be final. No correspondence shall be entertained from candidates who are not selected. The Railway administration will not be responsible for any postal delay or wrong delivery. Canvassing in any form will disqualify the candidate. Log on to our web site www.secr.indianrailways.gov.in for updates regarding the recruitment.

11. The applications which suffer from material irregularities such as unsigned, incomplete, illegible, without all enclosures, without examination fee as, prescribed not in prescribed format, without attested copies of certificates/testimonials and the application which in the opinion of Railway administration are otherwise invalid, shall be rejected without any refund of fees .

This has the approval of competent authority. 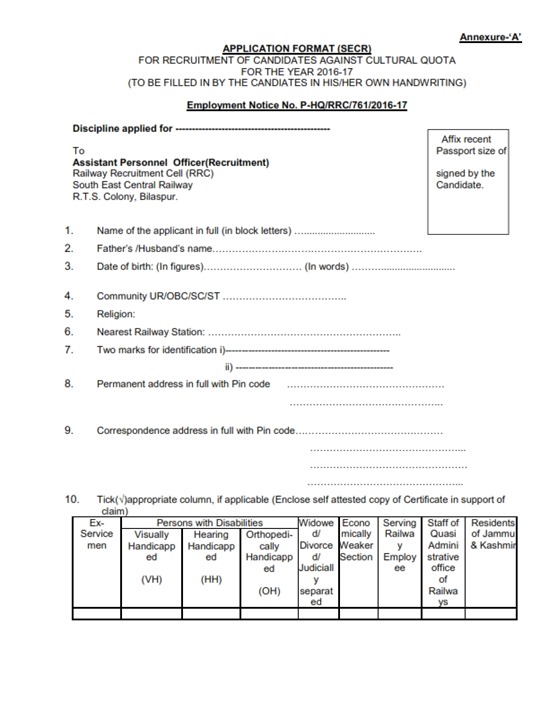 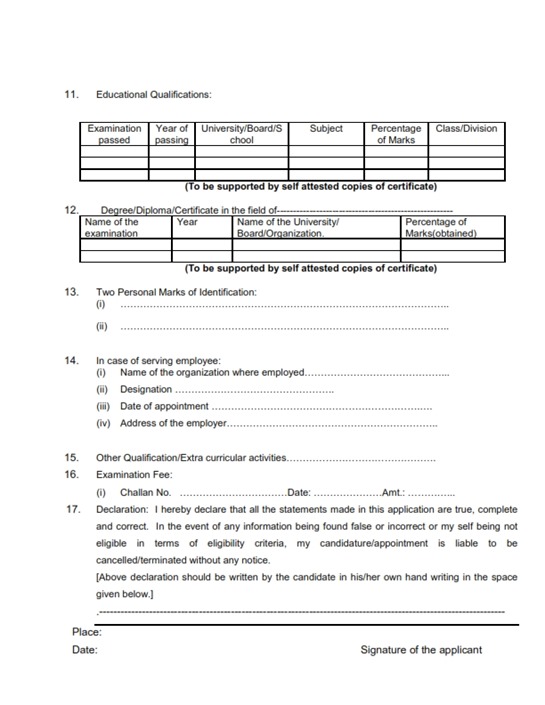 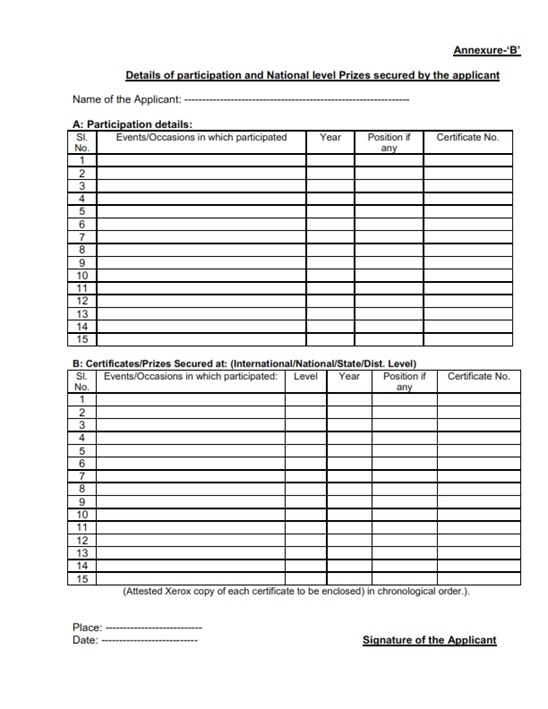 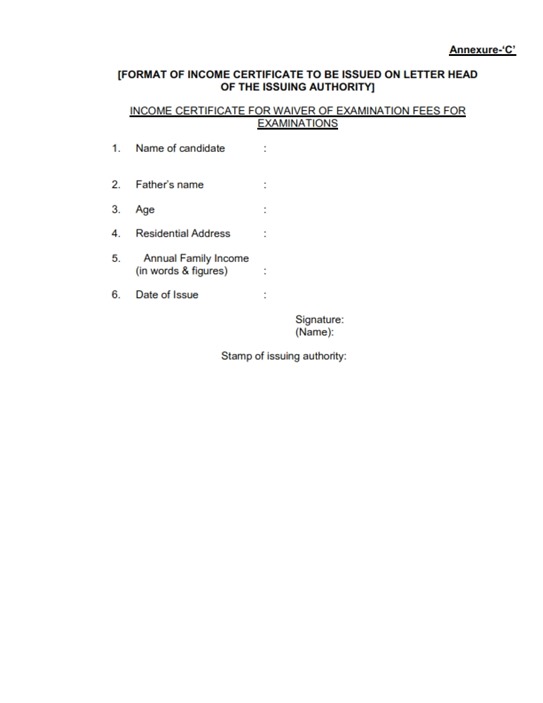 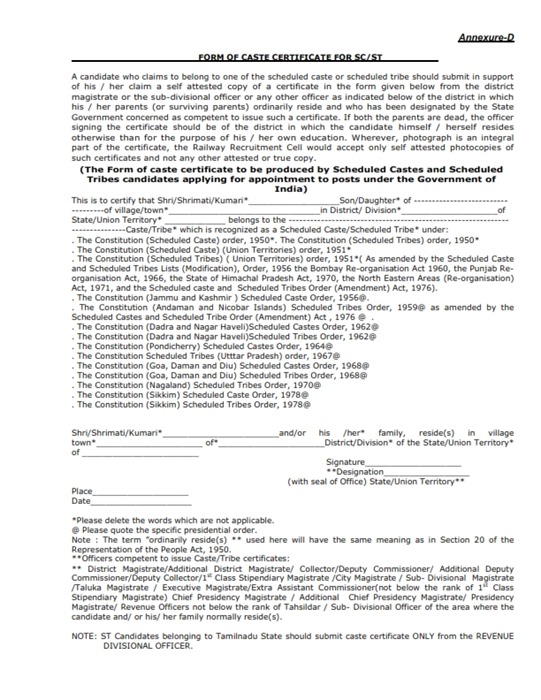 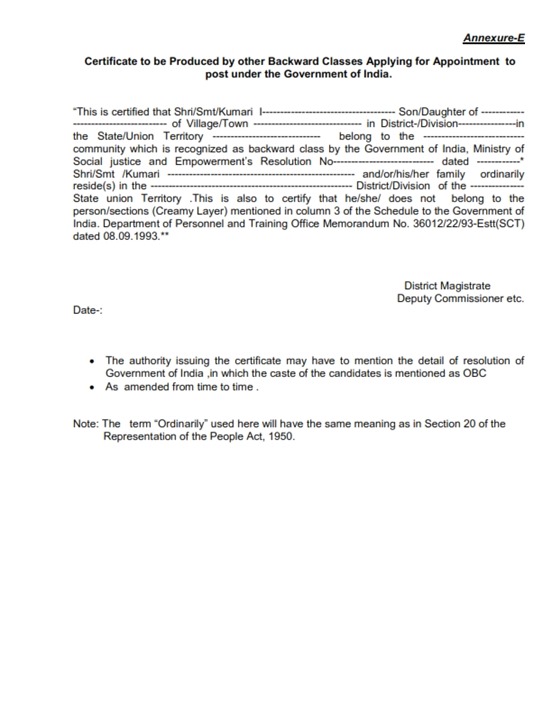 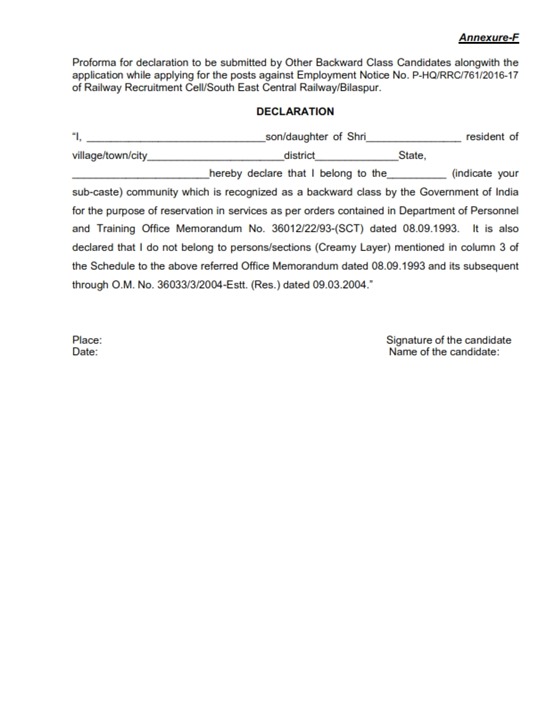 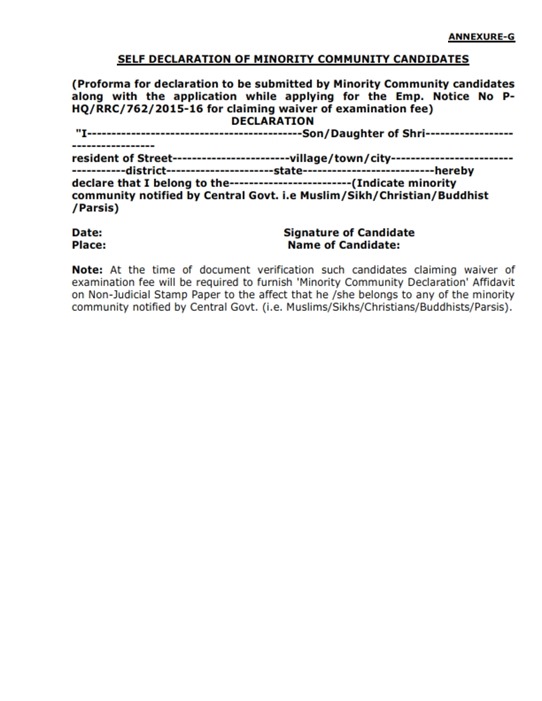